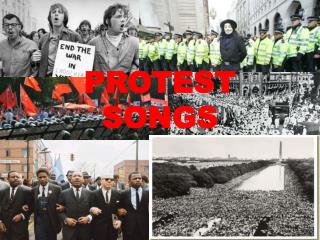 AMERICAN PROTEST SONGS - . from leadbelly to woody guthrie. what is a protest song ?

Protest Songs: War By: Edwin Starr - . “war, huh, yeah. what is it good for, absolutely nothing, uh-huh. war, huh,