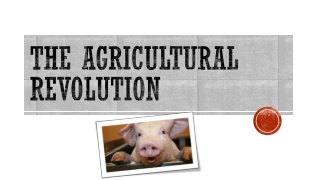 The Agricultural Revolution. 1. Based on the graph to the left, what was similar about the causes of the increases in world population in the 1750s and 1930s?