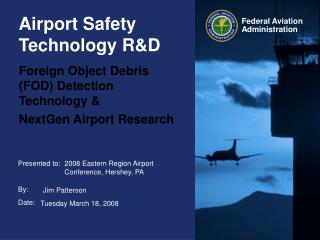 Safety Attitude - . session objectives. you will be able to: understand you are responsible for safety provide a clear

Hunter Safety - . review – chapter 1. what is safety and what is an accident?. safety is preventing accidents from

Overview of the Airport Safety Data Program - . office of airports: mission. to “collect” airport data to “give”

AIRPORT RUNWAY - . runway. rectangular-shaped, paved surfaces on an airport, designed for the landing or takeoff of