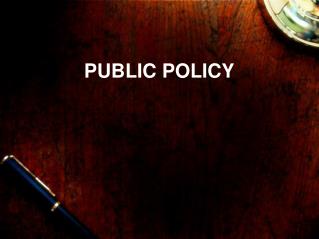 PUBLIC POLICY. Take Five…. When and why has our government grown?. The Great Depression (1930s). The Cold War (1950s). Terrorism. COSTS vs. BENEFITS. Cost = any burden that a group must bear Benefit = any satisfaction that a group will enjoy from a policy. Take Five…. Transformation of the Public Sector Changes in the Social Policy - . ing. katarina poluncova department of public