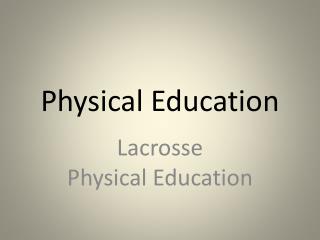 Welcome………… - . might as well jump. safe room. this is a safe room we talk about sensitive issues what we talk

Physical Education: More than Games - . by: carina chavez. physical education. many people believe that p.e. is a class

Adapted Physical Education - . dr. garrahy. questions you should be able to answer right now based on your reading. what