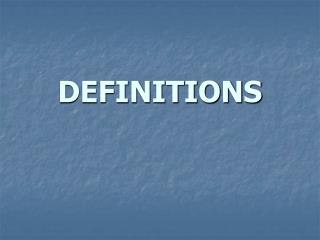 DEFINITIONS. CONFERENCE. A meeting for consultation or discussion An exchange of views A meeting of committees to settle differences between two legislative (law making) bodies. CONVENTION.