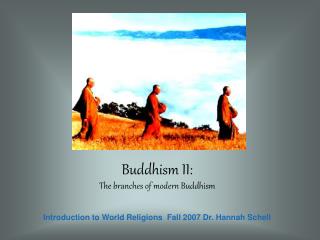 Lecture 2 - . japanese ghosts. review: how do you become a ghost?. 1. die a sudden or violent death, accidental (eg.

ACTIVITY: (Use “Universal Religion” Assignment) - Focus: what were the major similarities and differences between the

Three Branches of Government - . sung to “the wheels on the bus ” chords: c and g. the three branches of government, ‘Green Pagodas’ Linking Buddhism and Conservation in the Central Cardamoms of Cambodia - . deep in the heart of the