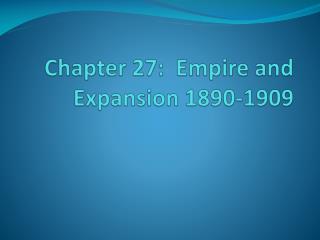 Imperialism - . &quot;the sun never sets on the british empire&quot;. imperialism. definition: the policy of a

A History of U.S. Military Interventions, 1890-2010 - “there will assuredly become a day, when this country will have