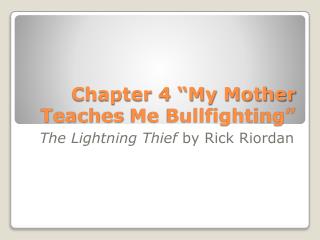 Chapter 4 “My Mother Teaches Me Bullfighting”

Chapter 4 “My Mother Teaches Me Bullfighting”

Will the Real God Please Stand Up?! - . a comparison of gods of mormonism to the god of the bible part a: what mormonism