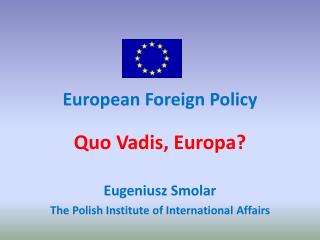 GOVT 2305 - . foreign policy. here is another of our occasional forays into public policy. in this case we will be

Unit 5: America Builds an Empire - . what is foreign policy?. a nation’s policies toward other countries. elements of