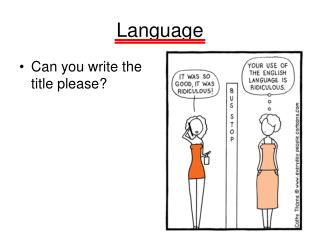 Language. Can you write the title please?. Language. In groups c an you think of a situation where language has got in the way of straightforward communication? http://www.youtube.com/watch?v=tGJnynLq8Lo. Language.