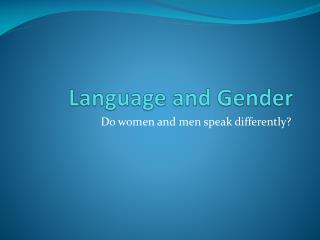 Gender Differences in Language Use