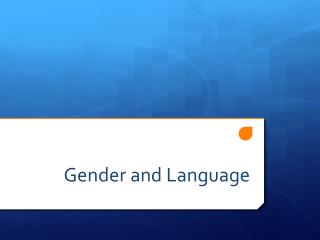 Gender and Language. Sexism in the Language System. Sexist language: Language that illustrates the imbalance between the sexes (sexism embedded in the language) and they ways in which language represents and perpetuates gender stereotypes Insults

Gender Differences in Language Use