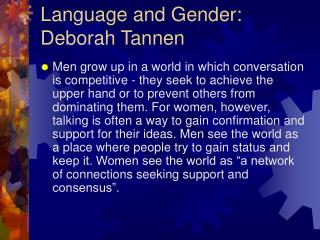 GENDERED COMMUNICATION PRACTICES - . “communication between men and women can be like cross cultural communication,

AS English Language Revision 10am – 12pm - . miss cooper. language and gender. what are we going to focus on in this