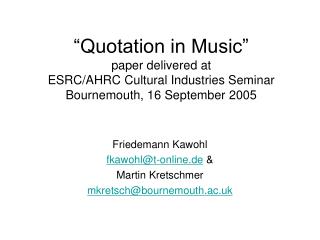 The Enjoyment of Music 10 th Shorter Edition - . unit vii vocal music of the baroque . “opera is the delight of