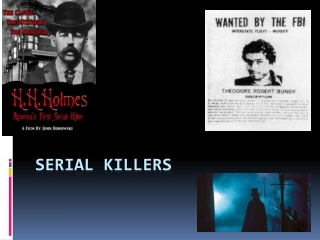 Serial Killers. serial killer…. person who murders 3 or more people over a period of more than 30 days, with a "cooling off" period between each murder - whose motivation for killing is largely based on psychological gratification.