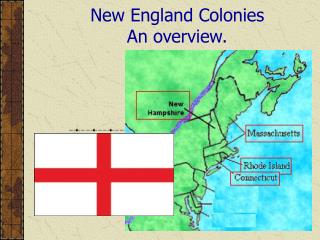 New England Colonies An overview. The people who lived there…. NEW ENGLAND New England is in the northeast of North America and has generally thin and stony soil, relatively little flat land, and long cold winters, making it hard to make a living from farming.