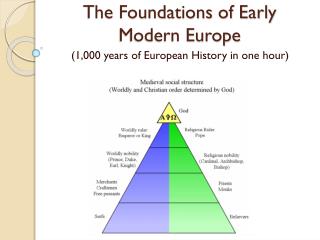 The Foundations of Early Modern Europe The Foundations of Early Modern Europe. (1,000 years of European History in one hour). Thesis.

The Foundations of Early Modern Europe