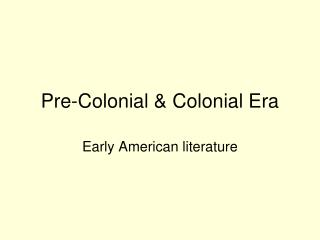 AP EXAM REVIEW QUESTIONS - . a40 9.4.27. colonial. “throughout the colonial period, economic concerns had more to do

I give up! - Which battle marked the . end of the war. i give up!. &amp; was a. colonial victory over the forces of

Unit 1: Colonial America - . bell ringer : why do people move?. compile of list of 5 reasons on your own. now compare

The New Imperialism - . europeans extend their culture, government and economy. a western-dominated world. explain the