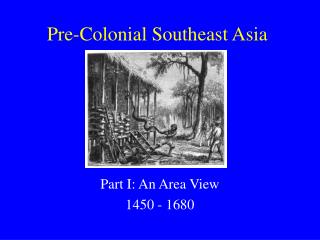 Pre-Colonial Southeast Asia Part I: An Area View 1450 - 1680 A Special Time 1450-1680 was a period of an explosive increase in trade which brought great wealth. Some call the period “Early Modern.” Trade included all parts of Asia plus Europe. How to Target the Unbanked in Southeast Asia: Decoding the Puzzle - Http://www.umayplus.com/cashcard thereâ€™s no

The Cold War in Southeast Asia - . were u.s. actions in southeast asia consistent with american values? . an overview .

Ch. 9: The Expansion of Trade &amp; Religion in South and Southeast Asia – Part 1 - . questions. what was the silk