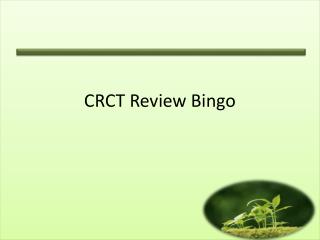 CRCT Review Bingo. What is true of the offspring of organisms that reproduce sexually? A. They are genetically identical to one of the parents. B. Genetically, they are completely different from their parents.