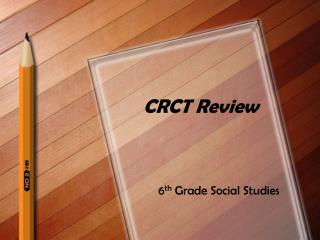 CRCT Review. 6 th Grade Social Studies. Your Task:. 1. Save this PowerPoint to your H: drive. 2. Add a new slide (after each question) where you will type the answer. 3. When you’re finished, print off the PowerPoint with 9 slides per page .