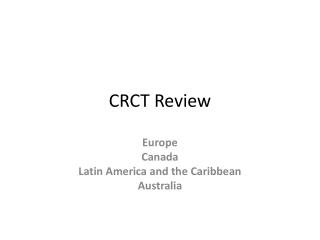 CRCT Review. Europe Canada Latin America and the Caribbean Australia. European countries to LOCATE. Belgium France Germany Italy Poland. Portugal Russia Spain Ukraine United Kingdom. Which country is this and which environmental issue has a significant impact on it?.