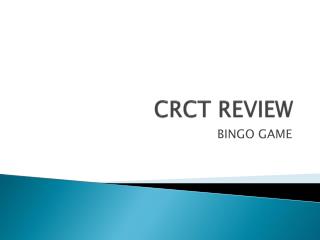 CRCT REVIEW. BINGO GAME. BINGO. The _________ a literary work expresses the writer’s attitude toward his or her subject. Words such as angry, sad, and humorous can be used to describe different _____. BINGO.