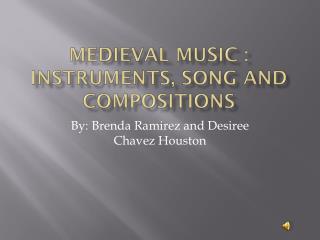 Medieval Music : Instruments, Song and Compositions . By: Brenda Ramirez and Desiree Chavez Houston . The role of music: In Status . The type of musicians you had reflected how much power and wealth you had.