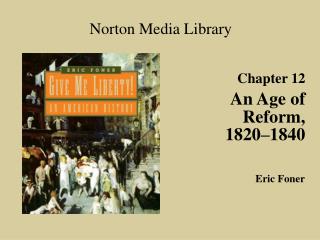 Chapter 12. Norton Media Library. Chapter 12. An Age of Reform, 1820–1840. Eric Foner. I. Abby Kelley. II. The Reform Impulse . Utopian Communities About 100 reform communities were established in the decades before the Civil War