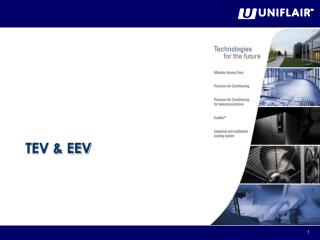 TEV & EEV. TEV. All air conditioning units commonly use a traditional thermostatic expansion valve (TEV) as the expansion device: this is the standard component fitted with a sensor bulb and, in more recent models, a pressure fitting for external compensation.