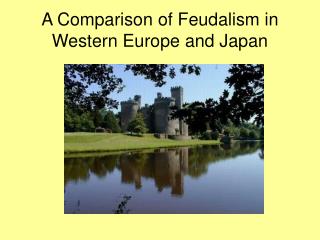 A Comparison of Feudalism in Western Europe and Japan A Comparison of Feudalism in Western Europe and Japan. What is feudalism?. A political system in which nobles are granted the use of lands that legally belong to their king, in exchange for their loyalty, military service, and protection of the people who live on the land.

A Comparison of Feudalism in Western Europe and Japan