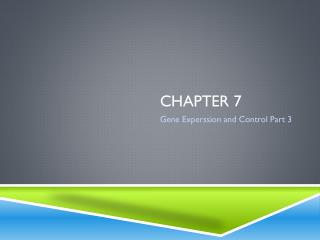 Chapter 7. Gene Experssion and Control Part 3. Mutated Genes and Their Products. Mutations are changes in the sequence of a cell’s DNA. If a mutation changes the genetic instructions for building a protein, an altered polypeptide product will result.