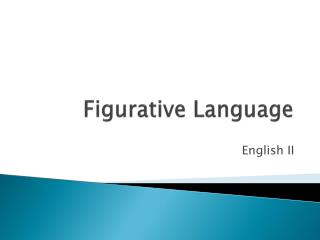 Unit 13 What Life Means to Me - . teaching objectives appreciating jack london and his works. learning to analyze and

Figurative Language Flip Book - . use 4 pieces of paper fold each so that there is about ½ inch overlapping as you add

EXFAC03-AAS v11 Language - . 3: language families. why study languages? calendar – one language per month. thanks to

Learning Figurative Language with Song Lyrics - . whenever you describe something by comparing it with something else,