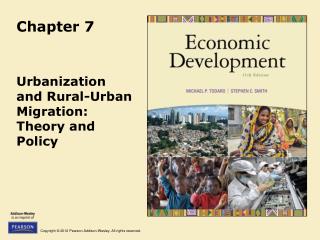 Chapter 7. Urbanization and Rural-Urban Migration: Theory and Policy. 7.1 The Migration and Urbanization Dilemma. As a pattern of development, the more developed the economy, the more urbanized But many argue developing countries are often excessively urbanized or too-rapidly urbanizing