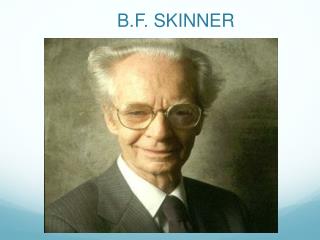 B.F. SKINNER. Behaviourism: Key Theorists. Watson. Skinner. Pavlov. WHAT IS BEHAVIOURISM?. The theory of behaviourism is based around the idea that all behaviours are acquired through conditioning which occurs during interaction within the surrounding environment.