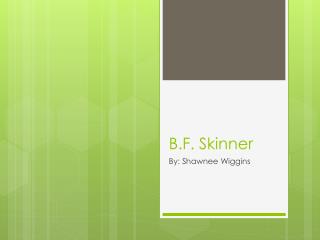 Learning &amp; Memory - . unit 4. learning. b. f. skinner, who was inspired by the work of watson and pavlov, has

Ch. 9 Learning - . review ppt put the ppt in presentation mode to see the question and then click for the answer. a

Learning Theories - . by maria victoria jauregui edtc 3320. introduction. what is learning theory? there are two types of