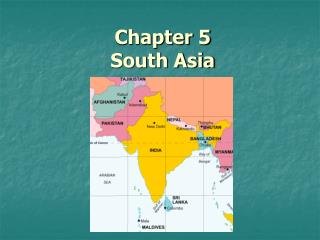 Chapter 8 – South Asia - . a – the realm of the monsoons b – south asian cultures and religions c – regions of

South Asia - . the physical geography. standard 8.2.1. you should be able to identify the major political features of the