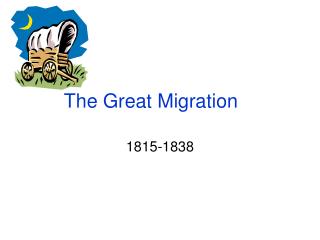 The Great Migration . 1815-1838. Why would people come to Canada ?. 2. Many tenant farmers in Great Britain were being forced to leave their small farms because it was more profitable for the landlords to use the farms to graze sheep.