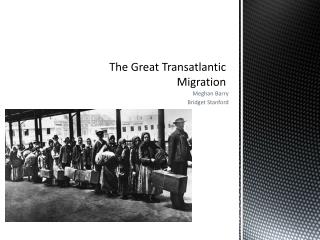 Legacy System Migration Workbench - . lsm@sap.com. what is. lsmw?. what is data migration ? / subject of lsm data

Population and Migration - Centre for demography. population and migration. seeking your views welcome and introductions.

John L. Lewis is most closely associated with what group? - . the coal miner’s strike. the great migration of the