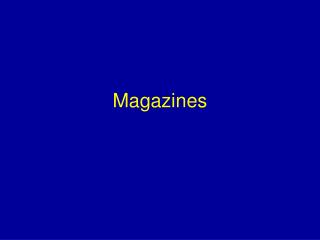 DIGITAL vs GLOSSY - . 11 facts about magazines 1.- magazine readership has grown over the past five years. (source: mri)

The Job Selection Process - . introduction to occupations. keep your eyes and ears open. talk to people you know about

PROPAGANDA TECHNIQUES - . what is propaganda?. the ideas spread by any organized group for the purpose of influencing

How to Find ARTICLES - . why use articles?. provide up-to-date information deal with current topics â†’ the latest