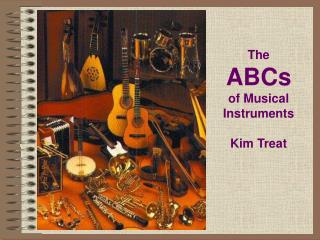 The ABCs of Musical Instruments Kim Treat. Accordion. An accordion is an instrument that is held in front of the body and is played by keys and bellows. Bagpipes. Bagpipes are a musical wind instrument with a bag and pipes. When we think of bagpipes, we think of the country of Scotland.

SIEMENS AND SIGNIA HEARING AIDS - Siemens is the trusted brand in the market for more than 100 years. it was founded in

How to write a musical - . not a definitive guide!. the showtune structure. verse and chorus (refrain) structure (such as

Wireless connections for hearing aids - Itu workshop on “making media accessible to all: the options and the

The A in the ABCS - . appropriate use of aspirin. contents. what is aspirin who should take it side effects and risks who

Things We Can Do To Better Meet The Needs Of Our Hearing Impaired Patients - . robert w. sweetow, ph.d. university of