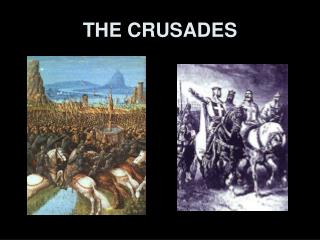 The Crusades - . the crusades. after muslims(seljuk turks) were threatening the byzantine empire (christians), pope urban

Crusades 100 - 1. crusades 100. define crusade. crusades 200. this area was the center of conflict during the crusades.

The Seljuk Turks - . turkish muslims who began to overrun the christians in the middle east during the 1000’s-1300’s.

Church and the beginnings of the Crusades - . tswbat review what we have learned so far and explain the church system of

Development of European Feudalism - . from the moldboard plow to the crusades. european divisions. europe galileo’s

The Crusades - . a history lesson. objectives. learners will be able to: list and evaluate the causes and consequences of

The Crusades: A Quest for the Holy Land - . world history i. what are the crusades?. a long series of wars between