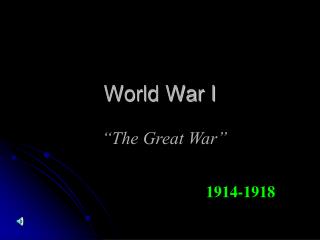 World War I. “The Great War”. 1914-1918. What led to World War One?. A series of contributing factors…. The Pursuit of Peace. Wanted to avoid conflict, foster understanding among nations Pacifism = opposition to all war 1896 = First Modern Olympic Games