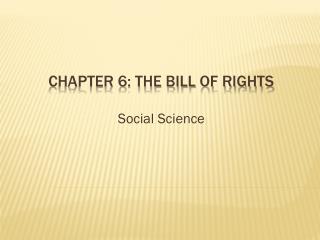 Chapter 6: The Bill of Rights Chapter 6: The Bill of Rights

Employee Rights and Discipline - . the challenges of human resources management. chapter objectives after studying this