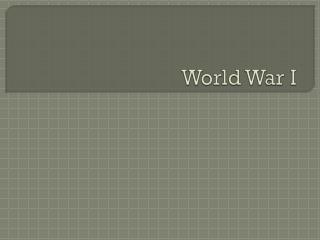 World War I. The 4 MAIN causes of WWI. M A I N. Military Expansion Alliances Imperialism Nationalism. Militarism. M. Great Britain. Russia. When a government’s predominant interest is to build up its military strength, ideals, organizations, and even spirit.