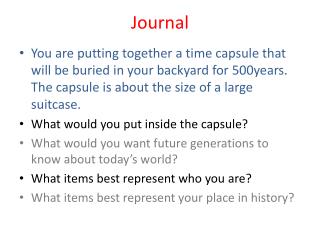 Journal. You are putting together a time capsule that will be buried in your backyard for 500years. The capsule is about the size of a large suitcase. What would you put inside the capsule? What would you want future generations to know about today’s world?