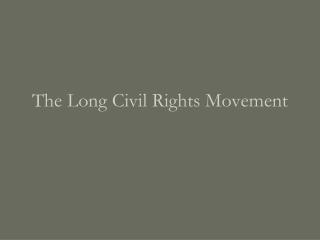 The Longer I Serve Him - . since i started for the kingdom, since my life he controls, since i gave my heart to jesus,

Origins of the Cold War - . a difference in opinion. 1945 was the beginning of a long period of distrust &amp;

Lynching - . lynching is when someone is put to death, usually through hanging, by mostly mob action without the right.

The Early Evangelical Movement in England - . religion and religious change in england, c.1470-1558. a ‘martyr’

The Harlem Renaissance - . famous quotes. “if a man is not faithful to his own individuality, he cannot be loyal to

The civil war - . slide show by nyisha v. meyer. when did the civil war take place?. in 1861 a war broke out between the

Civil Rights Movement in Georgia 1940s-1950s - . ss8h11: the student will evaluate the role of georgia in the modern