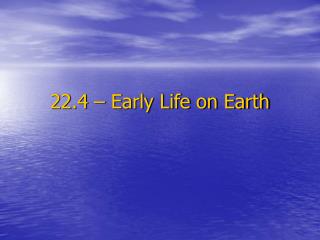 22.4 – Early Life on Earth. Origin of Life. Bombardment from outer space prevented life from developing on Earth until at least 3.9 billion years ago (BYA) Where and how the first life-form developed, however, remains an active area of research. Origins of Life.