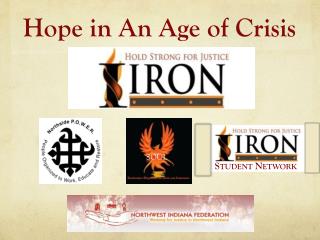 Crisis in Enforcement Ms Hope Daley - Head of health and safety unison. enforcement. does it work? . depends on what you

Crisis Communication in the Age of Social Media - . [ the cyphers agency ]. who are we?. what you’ll learn today. how

Crisis communications in the YouTube Age - . why you need to leverage on social media in your investor relations

Linguistics in an Age of Engineering - . christopher manning depts of computer science and linguistics

Religion in an Age of Revolution - . disestablishment and the revolutionary “birth” of religious liberty. i. before

Culture in an Age of Money - . by nicholas mills. back to our future . by david sirota. mills: zeitgeist of the ‘80s.

Africa In An Age of Transition - . the slave trade. the demand for slaves increased dramatically with the discovery of

Africa in an Age of Transition - . ch 13 section 2. impact on africa. king afonso i – king of congo saw affect of

GIVING HOPE, RELIEF, AND CARE IN A TIME OF CRISIS - Sonder hospice ceo presents tips and suggestions for how to calm

An Age of Ideologies: - . new systems of thought and belief. quickwrite :. what is the difference between a conservative

An Age of Ideologies - . learning target: i can compare the competing ideologies of 19 th century europe. after the

AN AGE OF EXPANSIONISM - . america: past and present chapter 12. movement to the far west. american settlement reaches