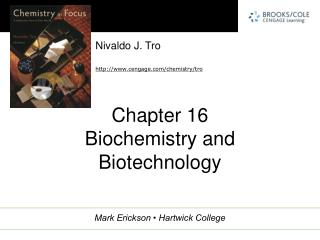 Chapter 16 Biochemistry and Biotechnology. Brown Hair, Blue Eyes, and Big Mice. The study of genes has increased our understanding of how we think, how we behave, and what diseases we might have a genetic predisposition to develop. Biotechnology – Lab Equipment - . 10.01: describe the proper name of, and use for, common biotechnology laboratory

Chapter 5 Metabolism of Lipids - . the biochemistry and molecular biology department of cmu. concept. lipids are