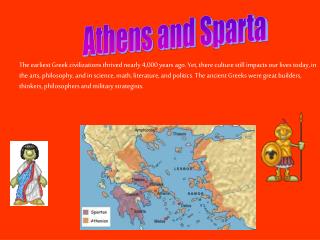 Athens and Sparta. The earliest Greek civilizations thrived nearly 4,000 years ago. Yet, there culture still impacts our lives today, in the arts, philosophy, and in science, math, literature, and politics. The ancient Greeks were great builders, thinkers, philosophers and military strategists.

BEING, SPACE, AND TIME ON THE WEB - . michalis vafopoulos vafopoulos.org national technical university of athens. the web