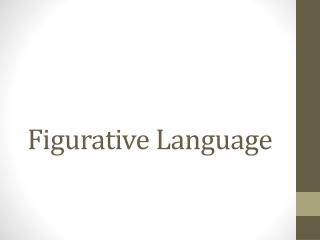 Monday Sponge: Simile, Metaphor, Hyperbole, or Personification? - . the leaves are little yellow fish swimming on the

The Mystery of Heroism by Stephen Crane - Figurative language simile,