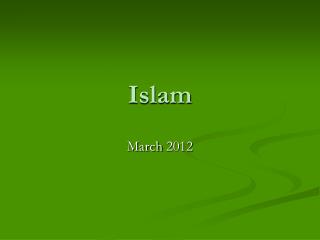 Islam. March 2012. Islam. The word “Islam” means “voluntary submission to God” A follower of Islam is called a Muslim, “one who submits to God” With over 1.5 billion Muslims worldwide, Islam is the second-largest religion in the world